BMX BIKES AND PARTS FOR SALE 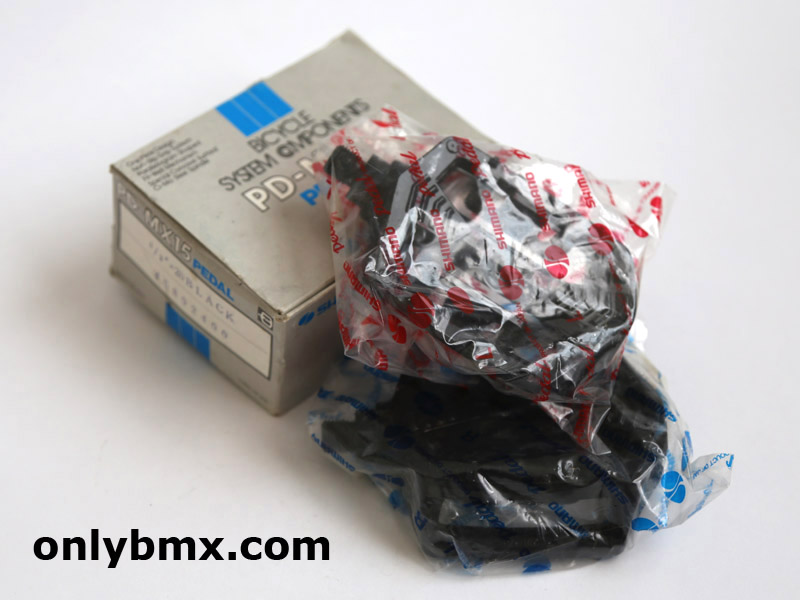 Black Shimano PD-MX15 pedals. These black BMX pedals were also known as Shimano SX and n idea why. Perhaps as the SX line was a step down from the DX line and easier to understand that way…

The come in the original packaging and were mounted in a show bike. Unfortunately the bike fell over while I was taking photos as a skatepark and so there very minor scratching that you can see in the photo below.

They have 1/2 inch spindles so good for those builds with one piece cranks. Probably said it elsewhere, not all builds need high end three piece cranks!

Scroll down for more photos. 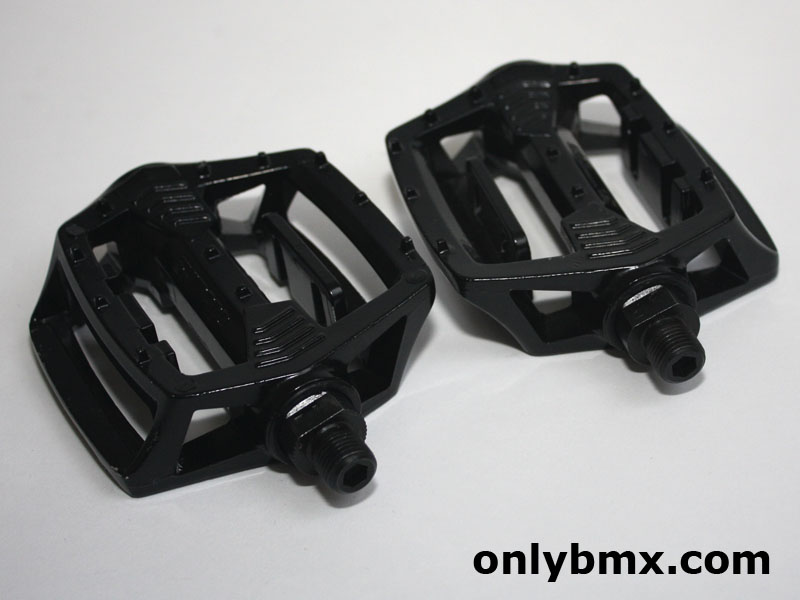 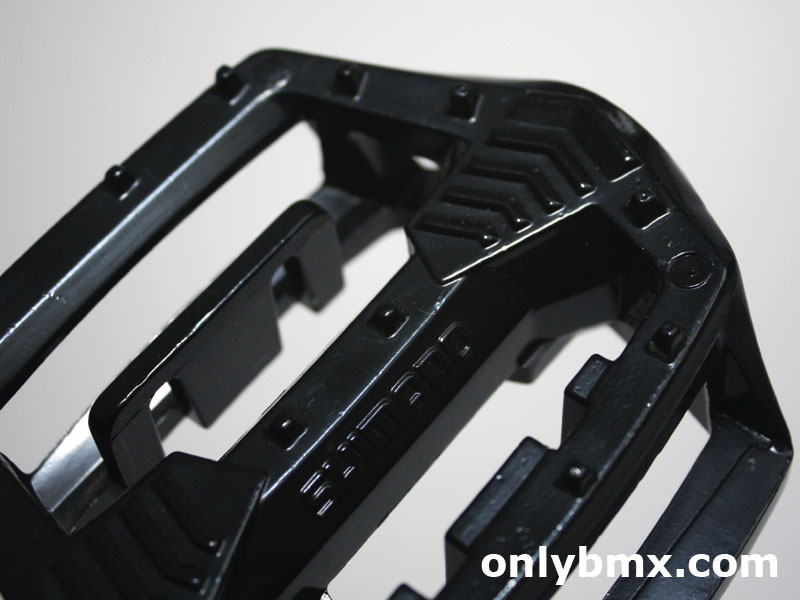 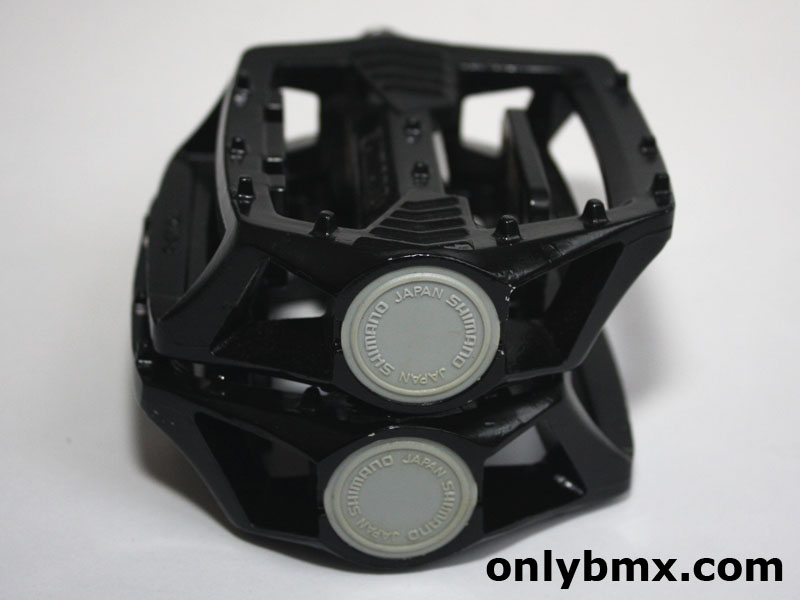 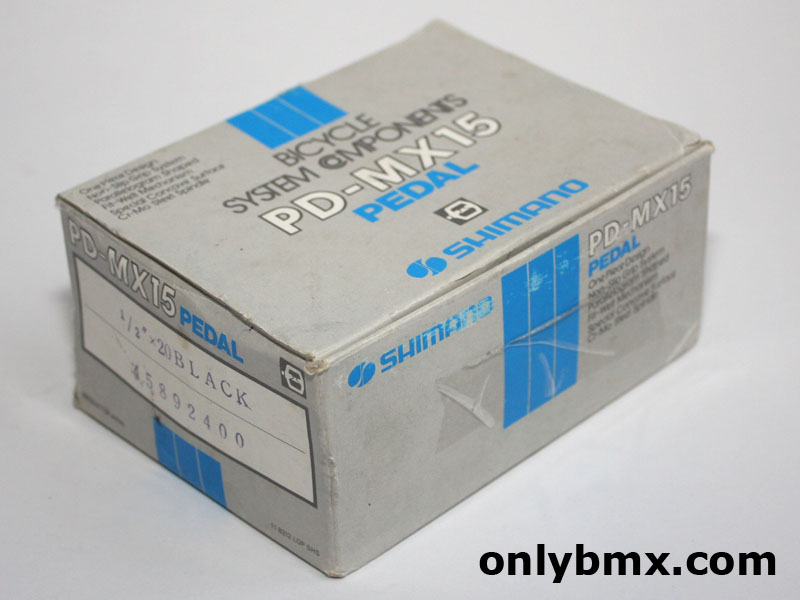 Please check the Shipping FAQs to get an idea of how shipping costs are handled.